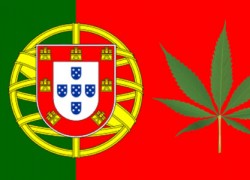 Portugal’s parliament has approved the use of “marijuana-based medicines” to be available only with a doctor’s prescription and sold only in pharmacies. Earlier proposals to allow patients to grow the drug at home were rejected

The measure legalizes the medicinal use of cannabis for PTSD, chronic pain, cancer therapy side-effects, and a list of other conditions. The provision is already permitted in other European countries.

All political parties voted in favor of the bill except for CDS, the center-right Popular Party, which abstained.

The bill has been submitted to President Marcelo Rebelo de Sousa for his consideration. He has the power to veto the bill, but is expected to sign and pass the new law, which is set to go into effect July 1.

The debate to legalize medicinal cannabis started in 2018. In 2001, Portugal became the first country in the European Union to decriminalize drug use including marijuana when it abolished criminal penalties for possession of drugs including substances classified as hard drugs.

The result was that Portugal now has one of Europe’s lowest lifetime usage rates for cannabis and heroin abuse. Drug use among teens has declined; rates of HIV infections caused by sharing used needles have dropped; and the number of drug users seeking treatment has more than doubled.

Infarmed, a government agency accountable to the Health Ministry, supervises licensed domestic cultivation sites of cannabis for export only, not intended for general Portuguese domestic consumption.

“Portugal can have an excellent opportunity here for clinical trials since we already have two instances where plantations have been authorized,” said Doctor’s Association head Miguel Guimarães in an interview with Reuters. “It is an extremely promising area at an international level,” he said.

The use of medical cannabis is legal in Italy, Germany, Netherlands, Czechoslovakia Canada, Australia, Uruguay, Chile, Colombia and parts of the United States.