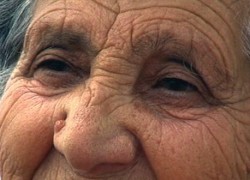 The art-film “Mists” (Brumas) (2003), will be featured on April 6, at the Cable Car Cinema & Café, 204 South Main Street, Providence, RI,  sponsored by the Department of Portuguese and Brazilian Studies at Brown University.

“Mists” is a Portuguese language production directed by filmmaker Ricardo Costa. The film premiered at the 60th Venice Film Festival (2003) and was released in Portugal in 2006.

This auto-biography of a voyage to childhood is the third of Costa’s film features after Changing Tides (1976) and Bread and Wine (1981). A question and answer session with the director will follow the event.