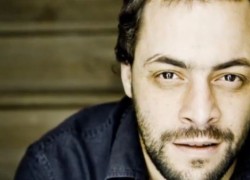 Zambujo will be returning to New York City after his successful debut show in New York last fall. His program will include selections from recent albums, including  Quinto, which was just released in Portugal where he sold out two shows in Lisbon.

Fado (destiny or fate) is the heart of the Portuguese soul and is the most widely recognized music of Portugal.  It was popularized throughout the world by the late Amália Rodrigues in the latter half of the twentieth century, and, in recent years, has seen a renaissance with young artists.

The program is made possible in part with public support provided by the National Endowment for the Arts; the New York State Council on the Arts, a State agency; and the New York City Department of Cultural Affairs in partnership with the City Council.

World Music Institute (WMI) is the premier presenter of world music and dance in the US. Since its founding in 1985, WMI has built the most comprehensive concert series of music and dance in the nation, presenting more than 1,500 ensembles and soloists from over 100 countries and regions. In addition to its concert series in New York, WMI organizes national tours and maintains an extensive catalog of recordings, videos and books of traditional music available at our office.

The Jack H. Skirball Center for the Performing Arts  is the premier venue for the presentation of cultural and performing arts events for New York University and lower Manhattan. Led by executive producer Jay Oliva (President Emeritus, NYU) and senior director Michael Harrington, the programs of the Skirball Center reflect NYU’s mission as an international center of scholarship, defined by excellence and innovation and shaped by an intellectually rich and diverse environment. A vital aspect of the Center’s mission is to build young adult audiences for the future of live performance.