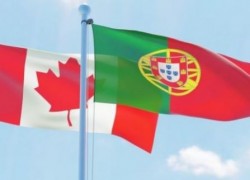 Canada’s Federal Parliament has formally recognized June 10 as Portugal Day and the month of June as Portuguese Heritage Month.

The Private Member’s Bill, M-126, was sponsored by Julie Dzerowicz, Member of Parliament for Toronto, Ontario’s Davenport electoral riding. M-126 was introduced earlier this year to recognize Portuguese Canadian contributions and to formally recognize “June 10 as Portugal Day and the month of June as Portuguese Heritage Month.”

The motion was passed unanimously in the House of Commons, the country’s lower house, during its November 8, 2017 session.

During an early reading of M-126 on September 20, Dzerowicz presented the Motion by stating that the “Portuguese have always been a people open to the world, a people who successfully integrated into Canadian society, achieving great things and setting an example for the leaders of today and tomorrow.”

Dzerowicz also noted how the M-126 was intended to “reinforce and promote our Canadian values and serve as a model to the world.”

The federal bill follows provinces such as Ontario, which enacted Bill 120, Celebration of Portuguese Heritage Act, 2001 in December 2001. The Act recognizes June 10 as Portugal Day and the month of June as Portuguese History and Heritage Month in Ontario. Portugal Day has been celebrated annually in Toronto, Ontario, since the 1960s, and 2017 marked the 30th edition of the annual Portugal Day parade in the city.