Book: “Power of the Spirit” Portuguese Triumphs and Hardships – Review 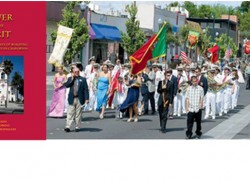 In the 1800s, only the courageous crossed the Atlantic’s expanse from Portugal and the Azores, to face a dangerous sea and the badlands of California in order to reach a new life in the United States. Now, the highly anticipated book Power of the Spirit, Joe Machado editor, is the latest from Portuguese Heritage Publications of California (PHPC). Contributors include, Ferreira Moreno, Dolores Greenslate, Al Dutra, Miguel Ávila, Adrienne Alston, José do Couto Rodrigues and Lúcia Soares Ávila.

The book pays homage to these original pioneer immigrants, laymen and women and the clergy, for their tenacity, teamwork and tenacious spirit, which paved the way for future generations to travel to and settle in California. The first of its kind, the book explores the experience of these settlers through the eyes of the settlers themselves as well as their priests, detailing their triumphs and hardships.

Several years in the making, this book was compiled and written after years of careful research and will be a welcome addition to the growing body of the evolving historical information about California and the role of Portuguese immigrants on the West Coast.

It was the early spiritual leaders who “demonstrated a keen sensitivity towards the ethnic diversity of their flock.” To counsel and guide Portuguese settlers, “priests and nuns from the Azores islands and Portugal’s mainland” were invited “to minister.” These brave people were men and women of the cloth, sponsored by the church who, “dedicated themselves to building places of worship and ministering in Portuguese, to the spiritual well being of their parishioners”  Most, who were from the Azorean islands, a group who were” longing for the ability to worship in their own language.”

Strength and spiritual efforts combined to form core communities responsible for both churches and establishing these early towns. And it was the priests who provided much needed guidance and spiritual support with which inspired and led these first travelers to build communities throughout the vast new Western territory of California. 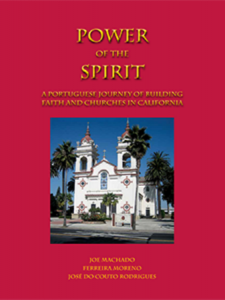 “Over one hundred native Portuguese and Portuguese American priests have for more than a hundred and forty years attended to their parishioner countrymen in California.

The first missionaries to arrive on the Pacific coast were obviously Spanish. It is not unthinkable, however, that a few among them might have been Portuguese. To mention one instance, in 1587 Fathers Francisco Nogueira and Rufino, members of a Spanish expedition under the command of Pedro de Unamuno, landed on Californian shores. Nogueira is a Portuguese surname and Rufino could be either Spanish or Portuguese. After a few days, Unamuno sailed off to Acapulco, and there is no indication that either of the two priests was left ashore.

Years went by, and in 1814 the first documented Portuguese immigrant jumped ship in Monterey. Between that year and the Gold Rush, only some two dozen Portuguese were recorded as living in California. None of them was a priest. It is a well known fact that a feverish migration to California occurred during the period from 1849 to 1855. Only an extremely scant number of the Portuguese who arrived, however, engaged in gold prospecting. Rather than that, these new migrants, mainly born in the Azores Islands, developed a huge network of supply to the forty-niners. Activities included growing vegetables, raising chickens and cows, opening boarding houses and restaurants, and operating flat bottom barges to ferry merchandise in the San Francisco Bay.”

The Portuguese Heritage Publications of California (PHPC) is a non-profit educational organization and boutique publisher, specializing in the research, preservation and distribution of vanishing memories. Historical details and current relevant events about the Portuguese presence in California.

PHPC is accepting advance orders for a deluxe limited edition to be released December 2012. Pre-order here.