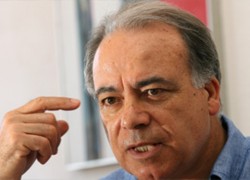 Speaking to the press after the meeting, he stated that the increase was crucial to meet workers’ expectations and that the terms of the increase would be submitted for negotiation within the week. He said “It is crucial and it is possible to raise the minimum wage to €500 euros before the end of the year as planned.” 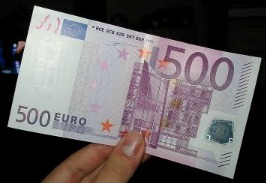 The previous Socialist government, which lost June 5 snap election, had promised to raise the minimum wage to €500 euros from the current €485 euros/month this year.

Regarding impending government plans to reform labor laws, to meet the terms of the €78 billion-euro  ($113 USD billion) bailout negotiated  with Portugal’s European Union partners, Carvalho da Silva stated that they shouldn’t be allowed to make demands. He said, “Portugal is not obliged to comply — less to comply with absurdity — what’s needed is to find alternative ways.”

Portuguese labor unions are urging workers to protest changes in workers’ entitlements being implemented after the June 5 elections, which include privatization plans, layoffs, freeze in public workers pay, changes in workers’ pension policies, and further tax increases among other measures.

Protests are being calledd by the two largest national coalitions of labor unions, the CGTP representing 727,000 workers in 81 unions, and the UGT with about 500,000 members in 58 unions.

As unemployment climbs to the highest level in three decades and the economy shrinks, the newly formed government will have to cut the budget further and implement additional austerity measures to meet the terms of the 78 billion-euro ($113 billion) bailout negotiated in May with the European Union, the European Central Bank and the International Monetary Fund.