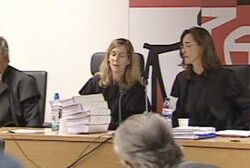 From a total of about 46,000 law practitioners in Portugal, 27,000 were women, according to figures released by the Directorate-General for Justice Policy (DGPJ).

Prior to these reforms, Portuguese women had notably fewer political, economic, or individual rights than the women of other European countries.

Currently, Portuguese women are prominent in many professions, namely medicine where women are over 40% of all physicians. Recent research also shows that the percentage of women among those working in scientific research is 43,5% .

Also, the number of women in the Portuguese Parliament is above the global average, higher than the majority of developed G8 countries, an international study has revealed. This current legislature has a total of 62 women out of 230 members.

In 1979, Maria de Lourdes Pintasilgo was the first and to date only woman to serve as Prime Minister of Portugal.