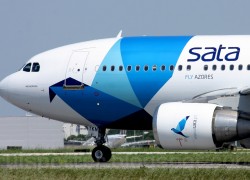 SATA International pilots have announced Thursday they have decided “unanimously” to call a nine-day strike for April and May. The strike will be divided into three stages of three days each, starting April 27 and ending May 20.

They have also stated that the strike will only materialize if the issues underlying their pronouncement are not fully resolved to the satisfaction of SATA International pilots.

At issue, the statement added, is the position of contempt of the SATA International administration concerning their commitments to SPAC (Civil Aviation Pilots’ Union) agreed on March 14.

SATA International has been connecting New England with the islands of the Azores year-round for the past two-decades. It also operates longer-haul services to number destinations in Canada and Europe. SATA International is the only commercial airline providing direct flights  between the United States and the Azores.