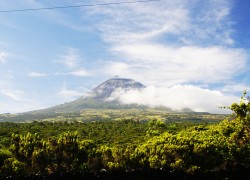 According to the European-Mediterranean Seismological Center, the Azores registered three earthquake events in March 2011.

The Azores are sitting on the so called “Azores triple junction” area where the North American, Eurasian and African plates meet. This area is responsible for frequent geological activity on the islands.

The last major volcanic eruption was in 1958 in Capelinhos on Faial.  Periodic volcanic eruptions and earthquake events with occasional tidal waves can have devastating effects on these islands.  All the islands of the Azores are still volcanically active — except Santa Maria — which is farthest away from the Mid-Atlantic Ridge.