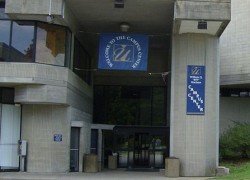 The Center for Portuguese Studies and Culture, at the University of Massachusetts Dartmouth, announced a lecture on the topic “The Portuguese ‘Civilizing Mission’ in Africa: Race and Labor in the Third Portuguese Empire, 1870-1930” by historian Miguel Bandeira Jerónimo. The event will take place on Tuesday, April 19, at 12:30 pm, in the LARTS Room 105.

The presentation focus on the emergence and consolidation of the “Third Portuguese Empire” and the racialization for an imperial and colonial organization based on a system of forced labor.

Historian Miguel Bandeira Jerónimo holds a PhD from King’s College of London. Currently he is a researcher at the Institute of Social Sciences at the University of Lisbon and a visiting professor at Brown University. In 2010, he published “Livros brancos, almas negras: a ‘missão civilizadora’ do colonialismo português, c. 1870-1930” which will appear in English soon.

The event is free and open to the public. Use parking lot 1.