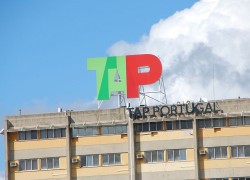 TAP Air Portugal, the State run national flag carrier, is expected to announce losses up to 84.4 million-euro ($120 USD million) for the first quarter of 2011.

Rising fuel prices are to blame for TAP under performance. TAP has closed the first three months of the year with an increase in losses of 32 million-euro ($45.6 USD million) over the same period in the previous year.

Portuguese public transport companies are also to report losses of 978 million-euro ($1.4 USD billion) according to Lisbon based newspaper “Público.”

The negative results of the transport companies, controlled by the State, has increased 80% in 2010 over the previous year, writes the daily newspaper.

The agreement which stopped TAP from  cutting one attendant per flight, also allowed for additional resting hours, additional free trips and the compulsory hiring of temporary workers.

TAP Air Portugal hoped to save 14 million euros ($20 USD million) a year by cutting one attendant per flight, bringing the number of attends on board to the international average.

As a condition for obtaining the three-year 78 billion-euro (US$111.2 USD billion) bailout with the European Union, the European Central Bank and the International Monetary Fund, the Portuguese government will have to sell TAP Air Portugal, scheduled for auction later this summer.