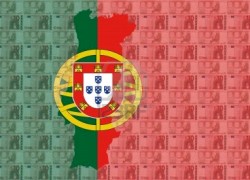 The Portuguese Parliament will discuss levying a special tax on the rich during the next budget debate, a source at the prime minister’s office said Thursday.

The source told Lusa news agency the issue “will probably be raised during the budget debate” with the coalition government “not ruling out any option.”

Opposition Socialist leader, António José Seguro, said Thursday that the government should consider  tax the wealthy as part of its deficit-cutting bailout measures, so that those who can contribute more do so.

Taxing the rich hit the Portuguese political agenda following the call by American mega-investor Warren Buffet to “stop coddling the super-rich” in an opinion article for the New York Times on August 15.

The idea gained popularity with 16 of the richest French citizens who called on their government to collect a special tax on the wealthy as a means of combating the country’s financial woes.

The French government has responded by issuing an extraordinary 2% tax on the earnings of the super-rich expected to bring in an additional 300 million-euro.

Portugal is the Eurozone country with the highest income tax rates where between 2000 and 2011 the IRS tax rate was increased from 40% to 46.5.

Portugal is also the country in the European Union with the biggest gap between rich and poor and the fifth in the world after Israel, United States, Hong Kong and Singapore.