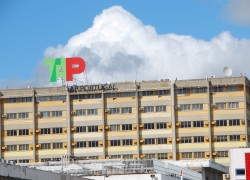 In a statement to the press, SPAC administrators decided to cancel the first block of the strike, because a “government interlocutor showed genuine interest in achieving a sensible solution for the participation of pilots in the privatization process,” reads the document.

TAP Air Portugal, the State run national flag carrier, is in the market to be sold as part of Portugal’s bailout deal agreed with the European Union in May, as a condition for obtaining a 78 billion-euro (US$111.2 USD billion) emergency loan.

Another reason for the cancellation, according to SPAC, was the fact that “satisfactory guarantees were attained regarding the fulfillment of the labor agreement and the reinstatement of a working environment respectful of the parity between pilots and the administration.”

SPAC had confirmed Wednesday that recent negotiations with the government run company had made no progress and that TAP pilots would walkout. SPAC, which represents 718 of the airline’s about 800 pilots, had called a strike for December 9-12 and January 3-6. The second block of the strike scheduled for January 2012 was not cancelled.

The strike would cost an estimated 40 million-euro, according to Lisbon-based Diário Económico. The last strike by SPAC, staged in September 2009, lasted for two days and cost TAP around 10 million-euro.