SIAM: Irene Fonseca president of the Society for Industrial and Applied Mathematics – Pittsburgh,PA 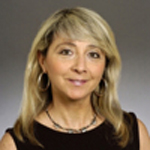 Mathematician Irene Fonseca, 55, was elected president of the Society for Industrial and Applied Mathematics (SIAM) the world’s largest and most prestigious scientific society dedicated to applied mathematics.

Fonseca is the first Portuguese national to head SIAM funded in 1952, serving over 13 thousand members and 500 institutions worldwide. She is the second woman to serve as SIAM’s president.

From 1985 to 1987 Fonseca held a Postdoctoral position in Paris, France, at École Polytechnique. She then became an assistant professor of mathematics at Carnegie Mellon University where she was promoted to full professor in 1989.

In 2003 she was appointed the first Mellon College of Science Professor of Mathematics. Currently she is the director of the Center for Nonlinear Analysis at Carnegie Mellon.

She has delivered the prestigious 2006 AWM-SIAM Sonia Kovalevsky Lecture at the SIAM Annual Meeting, intended to highlight significant contributions of women to applied or computational mathematics.

Professor Fonseca participates on the boards of several major international universities and research centers, and in 1997 she was bestowed knighthood in the Military Order of St. James (Grande Oficial da Ordem Militar de Sant’Iago da Espada) by the president of Portugal, Jorge Sampaio. This order is generally reserved for accomplishments in cultural fields. In Fonseca’s case, the award also recognized her contributions to scientific progress in the European Union.

She has also received a Women of Distinction Award in Math and Technology from the Western Pennsylvania Girl Scouts Trillium Council in 2004. The award recognized her leadership and accomplishments, as well as her efforts in encouraging young women to pursue research in mathematics.

Irene Fonseca has written over 80 articles and a book titled Degree Theory in Analysis and Applications, co-authored with Wilfrid Gangbo at Carnegie Mellon University.