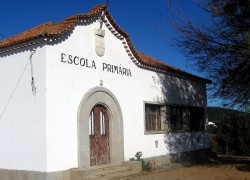 The Wall Street Journal reported today that “Portugal is the poorest country in Western Europe. It is also the least educated, and that has emerged as a painful liability in its gathering economic crisis.”

Portugal holds one of the highest school dropout rates in the world with 37.1 percent of students abandoning school before graduation. Only Mexico and Turkey rate lower-  with Turkey ranking the lowest. As a result Portuguese students perfom poorly in literacy and numeracy standards, particularly in some of the less economically developed rural and areas of the country.

Just 28% of the Portuguese population between 25 and 64 has completed high school – compared with 85 percent in Germany, 91 percent in the Czech Republic and 89 percent in the U.S.

The Portuguese educational system is underfunded and doesn’t offer sufficient resources for teachers who are underpaid and over worked.  All this means that Portugal’s youth are currently badly positioned to compete in the global jobs marketplace as few if any of them have the technological experience of computers and the internet for example, and few have an international language like English under their belt either.