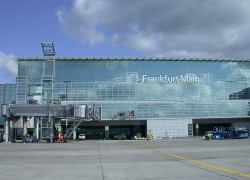 SATA Air Azores has established a new e-ticketing service with the goal of increasing its market penetration in Eastern Europe.

The e-ticket service will allow travelers to fly to the Azores via Frankfurt airport in Germany, where the Azorean airline flies once a week.

Through the new e-ticketing service, travelers from Eastern Europe will be able to purchase e-tickets for any SATA AIR Azores destination.

Recently SATA Air Azores has negotiated a similar program with US Airways. The new service enables customers in the United States to purchase e-tickets to the Azores and/or mainland Portugal, from various destinations in the United States, including Chicago, Fort Lauderdale, Miami, Philadelphia, Orlando and San Francisco and New York.