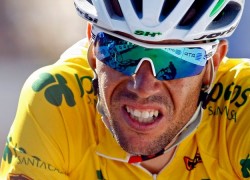 Ricardo Mestre, 27, is the winner of the 73rd Portugal Tour. He won stage four of the race after holding off Hernani Broco and Ricardo Vilela on the final sprint.

Started in 1927 and held in Portugal annually, the international bicycle competition is a long distance road men’s race for professionals during a two-week span.

Ricardo Mestre, a native of Algarve, mainland Portugal, started competing long distance in 2003. He joined the Prio-Tavira team in 2006, one of the European teams in UCI Continental Tour. In 2010 he won second place at the Bulgaria Tour.