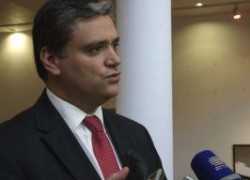 Vasco Cordeiro, the current Regional Secretary for the Economy, is now the Socialist Party candidate for president of the Regional Government of the Azores in the legislative elections scheduled for October 2012.

After much speculation, Carlos César announced Friday that he is not a candidate for president in 2012.

“The Azores face many challenges and I am ready and eager to invest all my energy to the socialist project by offering the best possible responses to these challenges,” said Vasco Cordeiro upon being elected.

Vasco Cordeiro, 38, will be challenged by opposition candidate Berta Cabral, 58, the Mayor of Ponta Delgada and the leader of the Social Democratic Party (PSD) in the Azores.