Regional elections: Carlos César will not seek a 4th term as president – Azores 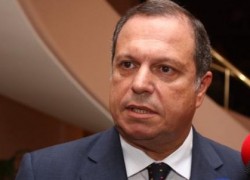 The President of the Regional Government of the Azores, Carlos César, 55, announced late Friday that he will not seek a 4th mandate in the Azores’ regional elections scheduled for October 2012, LUSA news reported.

News that he would run for a new term were conflicting and were  settled after Carlos César made a statement Friday evening indicating that he, indeed, was not seeking a new term.

The current Regional Secretary for the Economy, Vasco Cordeiro, will most likely replace Carlos César in the 2012 electoral bid.

Carlos César was first elected President of the Regional Government of Azores on 9 November 1996, with 46 percent of the vote, defeating the regional Social Democratic Party (PSD) led by former President Mota Amaral. Since then, the Socialists won the regional elections successively in 2000, 2004 and 2008, under Carlos César leadership.