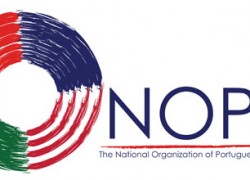 The Luso-American Friendship Association (AAPEUA) and the National Organization of Portuguese Americans (NOPA) are hosting a conference, scheduled for October 13, on the topic “The Recuperation of the Portuguese Economy and Image of Portugal in the United States.” The event will take place from 10am to 12:30, at Renaissance Hotel, 999 Ninth Street, Washington, DC 20001.

The conference is as a part of their missions to strengthen friendship and collaborative ties between Portugal and the United States and will address recent challenges and concerns with the economy and image of Portugal in the American community.

AAPEUA and NOPA invite Congressional staff, academics, business leaders, economic and policy advisors, representatives from trade agencies and the media to attend the conference where the delegations will address common emerging issues of concern to both countries, summarize their meetings with Congressional leaders, and plan next steps to address the challenges facing Portugal and the United States.

and CIP (Confederation of Portuguese Industry); Brian Henderson, President of Espirito Santo Bank in the US; and Gabriel Alonso, EDP Renewables North America.