Public television RTP-1 to be privatized in 2012 – Portugal 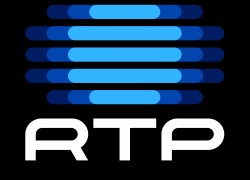 The Portuguese government will partially privatize Rádio Televisão de Portugal (RTP), the national public television network, in 2012. A plan for the privatization will be presented in Parliament for debate on September 15.

The plan contemplates selling Channel -1 of RTP, while keeping the RTPN channel as a public venue for the internationally broadcast programs, namely RTP Africa and RTP International, in co-sponsorship with the private television networks SIC and TVI.

RTP International, aimed at the Portuguese emigrant communities abroad, is broadcast free across all of North America, via satellite servers Galaxy 19 and Intelsat-805. It is also available as a pay service via Dish Networkin the United States and Rogers Cable and NexTV (IPTV Platform) in Canada.

The move is part of the bailout agreement between the Portuguese government and the group known as the “troika” made up of the International Monetary Fund (IMF), the European Commission (EC) and the European Central Bank (ECB).