The Portuguese Sports Club (SCP) of Newark, NJ, is hosting its ProVerbo Annual Portuguese Language Gala to be held at 7pm on October 21.

The event will include dinner and performance by Lisbon-based fado singer Gonçalo da Câmara Pereira and Rhode Island ensemble “Guitarras do Atlântico.”

At the event, ProVerbo will honor a group of individuals in recognition for their accomplishments and services on behalf of the Portuguese American community of Newark.

The Sport Club Portuguese was founded in December 21, 1921, and incorporated in April 6, 1922, by a group of Portuguese Americans dedicated to serve a community of 200 residing in Newark (NJ). The purpose was to create an organization to support the social needs Portuguese resident community. 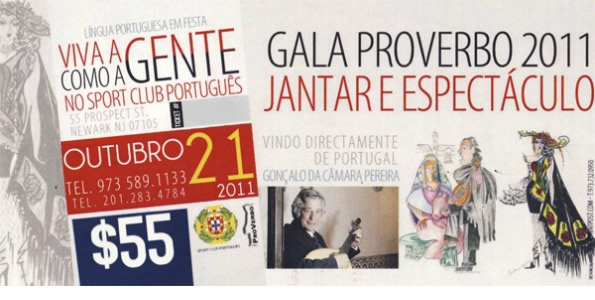