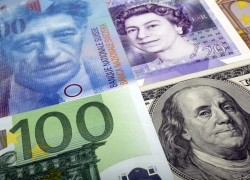 On Sunday, December 18, Portuguese immigrants in Germany will rally to protest the closing of the vice-consulate of Portugal in Osnabrück.

Protests have started in Germany but may spread to other Portuguese immigrant communities in other countries.The closing of consular posts and cuts in funding for the Portuguese language schools abroad, announced by the Government, may result in a boycott of immigrant remittances to Portugal, LUSA news reported.

“When our country, our homeland, turns away from us, we are forced to do the same,” said an organizer of the “Osnabrück will not give up” protest movement in Germany.

The protesters said they were collecting thousands of signatures to a petition to be sent to the Portuguese parliament this month expressing the discontent of the community.

Recently, the Portuguese government has announced the closure of a number of embassies and consular posts worldwide including the consulate posts in Frankfurt and Osnabrück in Germany. The objective is to save over 12 million-euro next year.

Nelson Rodrigues, one of the leaders of the movement said in a statement to LUSA news that the decision by the Minister of Foreign Affairs, Paulo Portas, was based on “erroneous information.”

“The Secretary of State for Communities [José Cesário] said publicly that they would only close those consular posts that were most expensive, but, in respect of Osnabrück, it is not true,” he said.

He explained that the consular post at Osnabrück, which serves about 23 thousand, in an area of 61 thousand square kilometers, equivalent to two thirds of Portugal, has fixed costs of 42, 000-euro per year and revenues estimated at about 100,000-euro.