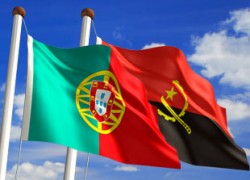 Passos Coelho said he would discuss the agenda of a Lisbon-Luanda summit planned for next year with dos Santos.

Last Friday, Angola took over on the rotating presidency of the Interior Ministers of the Portuguese Speaking Countries Community (CPLP), replacing Portugal.

The term of Angola as chair of CPLP will last one year. After one-year term, Angola will be replaced by Mozambique that will chair the forum for two years. CPLP groups Angola and Mozambique, Cape Verde, Guinea-Bissau, Sao Tome and Principe, Brazil, Portugal and East Timor.

The country, which accounts for 26 percent of total Portuguese exports, is the top export destination for Portuguese wine, with estimated sales of 55.1 million-euro in 2010. Angola is Africa’s second biggest oil producer and one of the largest foreign investors in Portugal.

Angola (population 19 million) has also become a destination for young Portuguese professionals seeking employment. With a booming economy, the former Portuguese colony is now home to an estimated 100,000 Portuguese citizens.

The Portuguese Prime Minister lived in Angola as a child where his father practiced medicine. He always intended to visit the country as early as possible during his term of office, an official source said. Passos Coelho returns to Lisbon Friday.