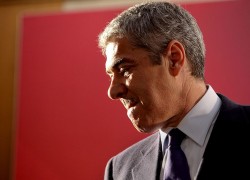 Portuguese Prime Minister José Socrates resigned Wednesday after a new package of austerity measures was rejected by the Social Democratic and Communist opposition parties. The measures were intended to avoid an imminent multi-billion dollar international bailout.

Following his resignation José Socrates assured the nation that the country was not without a government and that he was committed to govern until a new government could be formed.

Socrates had the support of  minority socialist government opposing the bailout, which would aggravate the current fiscal conditions.

His resignation will allow President Cavaco Silva to consult with the political parties represented in Parliament in order to form a new government or dissolve Parliament –  calling for early elections to be held within 55 days of the dissolution.

After announcing his resignation, the Portuguese Prime Minister headed to Brussels to meet European Union leaders.