President of the University of Macau honored – Lisbon 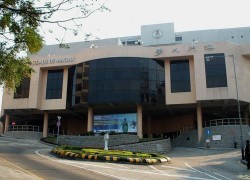 The University of Macau offers undergraduate and graduate courses in Portuguese Studies, including a postgraduate program in Portuguese Language and Culture, a Masters Degree in Translation, and a Doctoral program in Linguistics, in Literary and Translation Studies.