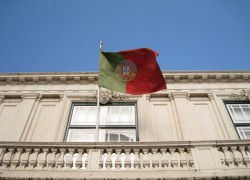 President Aníbal Cavaco Silva has summoned the consultative Council of State to meet on October 25 to address Portugal’s current financial and economic crisis, it was announced Monday.

The meeting of the Council of State, the eighth since Cavaco Silva became president in 2006 and the first for the present legislative session, will address issues relating to “Portugal in the context of the Eurozone crisis,” according to the announcement.

On a broadcast interview three weeks ago, the Portuguese the head of state had spoken of calling for a Council of State meeting to discuss the country’s “political, economic and financial” crisis ahead of parliament’s discussion of the 2012 austerity budget.

The newly proposed government austerity budget measures for 2012were submitted to parliament on Monday by Prime Minister Passos Coelho.

The President, who is an economist, had forecast the coming year as “difficult” one and a year of “resilience” expressing hope that, by the second half of 2012, the economic situation would begin showing signs of recovery.

“The demands on the Portuguese are for them to make the biggest sacrifices that have been seen for a generation,” Cavaco Silva said in his speech. He added, “The time of illusions has passed, we have a long and hard road to travel and I want to warn the Portuguese about it. Budget discipline will be tough and inevitable,” he said.

Cavaco Silva expressed concern that the austerity policies being implemented, under the terms of the 78 billion-euro financial loan negotiated with Brussels and the International Monetary Fund last May, could become “socially unbearable” if not supported by economic growth and job creation.