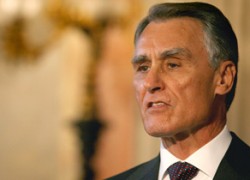 The President of Portugal, Aníbal Cavaco Silva, spoke Wednesday to the nation, at the October 5 celebrations, a national holiday to mark the republican revolution of 1910 that ended Portugal’s monarchic rule and established the first Portuguese republican regime.

Speaking to a country on the brink of financial disintegration and social unrest, the President said, “We live in difficult times that nobody can ignore. This will require great sacrifices, the more likely that this generation has known.”

Referring to Portugal’s commitments to its European partners over a 78 billion-euro ($104 USD billion) bailout to reduce the county’s budget deficit, Cavaco Silva said, “Portugal has to affirm itself in Europe as a credible state and a republic that honors its commitments. We may be helped in times of difficulties. But it is we, the citizens, who will have to build a healthy economy. If we don’t do our work, the help we get will not be enough.”

Cavaco Silva warned of the possibility of Portugal being placed in the situation of needing a second international bailout “If the country’s financial imbalances are only corrected temporarily,” and he added, “We need to avoid that at all costs.”

The terms of the agreement also called for structural reforms such as tax increases, spending cuts, labor law reforms and the privatization of public holdings which have been met with public demonstration and protests nationwide.

But the President warned, “The time for pretending is over. We have a long way to go,” and he said, “These are difficult times, but also times to learn. We have lost many idle years of easy superfluous life and got used to excess. Now we have to learn how to live within our means,” he said.

Calling for more sacrifices, the President also asked for determination when he told the Portuguese that “they need to know what they really want from a government with very limited resources” and that “This is the time for which sacrifices are not enough. We need to save more and work harder and better. We cannot continue living beyond our means. Only producing more and with higher quality will save us from this crisis. I do not doubt that we can.”

Portugal’s economy has been projected to stay on a deep recession this year and next with a rise in unemployment from the current level of more than 12 percent, which is already the highest in three decades.