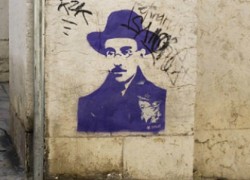 According to opinion poll survey results released Monday, the majority of Portuguese citizens (96%) perceive the economic situation in their country to be “bad” against the European Union average of 67% for the 27 member states.

The opinion poll was carried out by Eurobarometer, between June 4 and 19, after the EU/IMF bailout package took effect but prior to the Government austerity measures and budget cuts announcements.

According to the poll, almost three-quarters (71%) of respondents thought the situation will get worse with just 5% believing it will improve over the next year and 20% predicting no change. For Europe as a whole, those figures stood at 36%, 20% and 40% respectively.

The Portuguese also expressed dissatisfaction with their national social security support system with 88% being dissatisfied with their pension system (EU 53%) and 10% being satisfied (EU 39%). Also, 76% of Portuguese respondents were unhappy with their unemployment benefit system compared to 48% across the Eurozone.