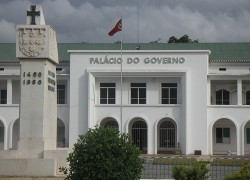 For the first East Timor’s Parliament used  the Portuguese language, following a motion approved in 2010 by the East-Timorese Legislature which required the use of Portuguese – for at least once a month – by  at the plenary and commission sessions.

The independence of East Timor was a long process.  After nearly 500 years of Portuguese rule, the country became independent in 1975. Later the same year it was invaded and occupied by neighbor Indonesia. Full independence was regained in 2002 after a long armed struggle.