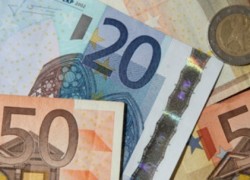 Some Portuguese banks are offering 6% interest on savings accounts as a way of attracting new customers.

The measure is a reaction against the limitations Portuguese banks are facing in obtaining outside financing. The interest rates offered are the highest since 2008.

Portuguese banks have been shut out of the interbank funding market for more than a year as a result of the country’s fiscal crisis.

According to Bank of Portugal (BdP), deposits in Portuguese banks belonging to households and private individuals soared to Euro2.402 billion between June and July. This was the tenth month in a row deposits have been going up.

Figures released by BdP said private deposits reached Euro126.916 billion in July, Euro2.4 billion up on the Euro124.514 billion a month earlier and the highest amount ever recorded.