Portugal/UK: Let the battle of the books begin!
– by Len Port 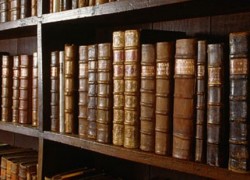 Authorities in Britain are being tight-lipped at the outset of what could become a prolonged historical wrangle involving the world’s two oldest allies.

A unique collection of books plundered during the darkest days of the centuries-old treaty between Portugal and Britain has been cosseted in the Bodleian Library at the University of Oxford for more than 400 years. The Portuguese now want the books back.

The British Foreign Office and the University of Oxford have received a formal request to return the collection, which was looted by Robert Devereux, the second Earl of Essex when his troops sacked the city of Faro in 1596.

The Faro organization that made the request early this month believes it has a reasonable case. A response from the British authorities is awaited.

The seizure took place while Portugal was under Spanish rule during the 16th century Anglo-Spanish War. A combined British-Dutch fleet under the Lord High Admiral Charles Howard was returning to England after destroying Cádiz when a flotilla pulled into Faro.

Troops led by Essex found the city virtually deserted. He occupied the bishop’s palace for a couple of nights and then loaded up the book collection, comprising at least 91 volumes, before leaving the city ablaze.

Essex presented the collection to his friend Sir Thomas Bodley and it became part of the library Bodley founded in 1602. The Bodleian is still one of the most acclaimed libraries in the world.

The ownership of the pillaged books is clear because nearly all are uniformly bound and have on their covers the armorial stamp of Ferdinand Mascarenhas, appointed the 5th Bishop of Faro two years before the raid. He died in 1628 as Grand Inquisitor of Portugal.

The request for the books’ return is contained in a motion passed unanimously at the general assembly of a 250-member organization called Faro 1540, which is devoted to protecting and promoting the cultural heritage of the Algarve capital.

Copies of the motion have been sent to Buckingham Palace and the British Embassy in Lisbon, as well as Portugal’s secretary of state for culture and senior officials in the Algarve. A number of left and center-right politicians have already vowed to pursue the matter with the secretary of state. Not surprisingly, Faro town hall also supports the initiative.

The president of Faro 1540, Bruno Lage, said yesterday he had heard nothing from the authorities in Britain. In reply to a range of questions about the books from Portugal Newswatch, a Bodleian spokesperson said: “We are not making any comment at the moment.”

Hopefully, the arguments for and against a repatriation will soon be debated openly. Meanwhile, we are left with fascinating fragments of history and centuries of silence on the issue.

The original culprit in this saga was a derring-do warrior of “irresistible charm.” Essex, a cohort of Sir Francis Drake, was a favorite of Queen Elizabeth I. But Her Majesty’s affection at times turned to loathing. She once referred to him as “an unruly beast.” The year after Essex donated the Faro books to Bodley he led a rebellion against the English government and was duly beheaded for treason.

Apparently the bishop never discovered what had become of his treasured books. A Bodleian source told me a few years ago that many of them still occupied the same place on the shelves assigned by Bodley’s first librarian, Dr. Thomas James.

They are mostly 16th century treatises on theology, scholastic philosophy and canon law. Some had been published in Germany, France, Belgium and Italy just a few years prior to their theft.

Some historians think the dastardly Devereux may have done everyone a favor by his act of literary looting. Considering their age, the works are still mostly in good condition, according to my original source. Had the books remained in Faro, they almost certainly would have suffered from the ravages of time. 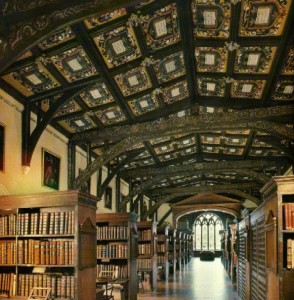 The Inquisition censors had already blotted out what they regarded as heretical sentences and pasted ‘offensive’ pages together. Dr. James wrote that the books had been “tormented in a pitiful manner, that it would grieve a man’s heart to see them.”

The question now is will they ever be seen again in Faro?

There are faint echoes here of the on-going controversy between Britain and Greece over the Elgin Marbles. Among other things, the Earl of Elgin is said to have been concerned about the safety and worsening deterioration of the marbles had he left them in Athens.

When considering whether the Faro books should be returned to their place of origin it must be wondered what state they would be in today had they not been filched in the first place.

On Portugal succeeding where Greece has so far failed, Bruno Lage says, “Our degree of confidence is realistic.” The Faro 1540 request is just the beginning of what he expects to be a lengthy process.