Portugal to stay in recession until 2012 – update 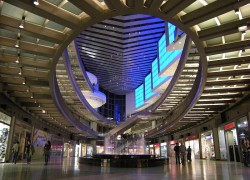 With huge debts, a declining economy and steady investor flight, Portugal is set to become one of the last countries in Europe to pull out of the current recession.

EU and IMF delegates are in Lisbon negotiating the terms of an 80-billion-euro (US$116 billion) bailout package to be agreed before the June 5 elections.

Meanwhile Portugal’s labor unions are mobilizing workers to protest nationwide on May Day against the new austerity measures to be announced as part of the bailout negotiations.

Labor coalition leaders have already stated that, besides the protests being planned for May Day, they will further mobilize workers for a general nation-wide strike.