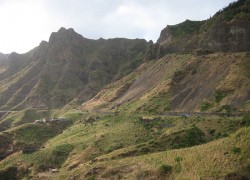 Portugal is providing US$71.8 million in funding to build three dams in Cape Verde.  The dams will be built on the rivers of Salineiro, in the Ribeira Grande de Santiago municipality, Faveta, in São Salvador do Mundo and Charco/Saquinho, in Santa Catarina.

According to José Maria Veiga , Cape Verdean Minister for the Environment, Rural Development and Marine Resources,  the construction of the new dams   – to be concluded in 2015 –  will provide 75 million cubic meters of water per year to support local economic development.