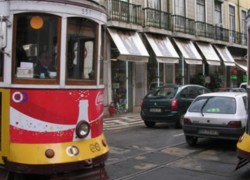 Figures from Lisbon based National Statistics Institute (INE) revealed Friday that Portugal has entered into a double–dip recession, with the economy contracting 0.7 percent in the first quarter of 2011.

The Portuguese economy grew 1.4 percent in 2010 but shrank 0.6 percent in the final quarter. It contracted 2.7 percent in 2009. The IMF had predicted Portugal’s recession will stay through 2012.

Recent projections from the International Monetary Fund (IMF) had predicted a 1.5 percent contraction in 2011 and 0.5 percent in 2012.

Portuguese acting Finance Minister Fernando Teixeira dos Santos had predicted a contraction of 2 percent in both 2011 and 2012, twice as much as previously forecast.

Inflation in Portugal rose for the first time in six years to 4.1 percent in April from 4 percent in March according to the country’s National Statistics Institute (INE). Fuel, water, electricity and food prices were mainly responsible for the rise.

Two weeks ago, Portugal agreed with the European Union and IMF on a three-year, 78-billion-euro ($116 billion) bailout loan with additional austerity measures such as privatization plans, freeze in public workers pay, changes in workers’ pension policies and further tax increases.