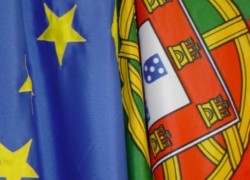 Outgoing Prime Minister José Socrates said on a brief statement, on Tuesday, that Portugal has agreed with the European Union and IMF on a three-year, 78-billion-euro ($116 billion) bailout loan.

After nearly a month of negotiations, “The government has obtained a good deal. This is a deal that defends Portugal,” said Socrates, adding “The agreement still has to be presented to opposition parties.”

Portugal needed to have the bailout package in place in order to repay about 5.0 billion euros (US$7.2 billion) in debt by June 15.

Socrates resigned in March after his minority government austerity measures were rejected in Parliament by the parties in opposition. After his resignation, President of Portugal Aníbal Cavaco Silvas, dissolved the Parliament and announced early elections to be held June 5 for a new administration.

Socrates and his Socialist Party have governed with a minority in Parliament since the last election, in 2009. He is currently a caretaker prime minister, with limited powers, until a new government is formed.