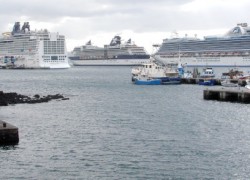 Ponta Delgada, the capital city of the Azores, has become a port of destination for the many cruise ships crossing the Atlantic between Europe and the Americas.

In May alone, 14 cruise ships were scheduled to stop at Portas do Mar, the new 250 meters long marina, inaugurated in 2008, with a docking capacity of 440 recreational boats.

On May 14, Ponta Delgada hosted 10,000 tourists, on a single day from three major visiting cruise ships:

Between passengers and crew a total of 13,147 guests spent the day visiting the city. Azorean authorities in Ponta Delgada organized special events for that day aimed at welcoming the visitors and promoting the region.

Find more about Portas do Mar>> 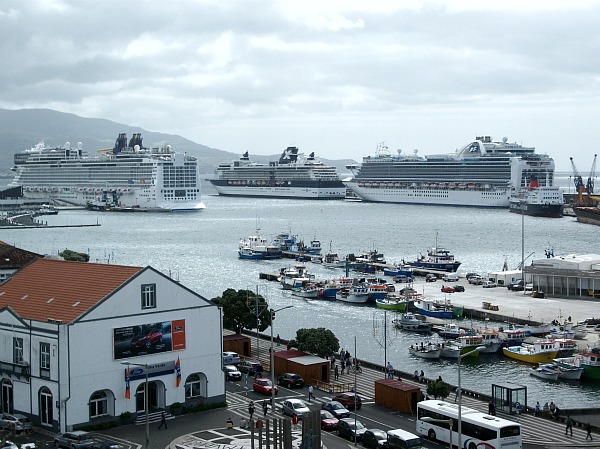