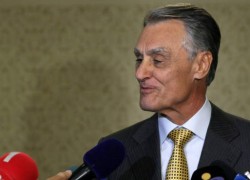 Over 40,000 Portuguese have undersigned a petition demanding the resignation of President Cavaco Silva. The petition was presented Wednesday in Parliament.

According to Nuno Luis Marreiros, one of the cosignatories, the “Request to dismiss the President,” is now a “citizens’ collective document.”

The movement started on Facebook following the President complaining about a drop in his income even though his earnings are around 11 times over the national average.

The President also commented that the vacation and Christmas bonuses he receives from the Bank of Portugal were not enough to cover for his expenses and that he will find hard to live on his projected presidential pension alone.

The comments by Portugal’s president triggered a national outcry. The petitioners said that no one could believe the President could make such comments after promulgating a law that eliminated the same two bonuses for all pensioners who now have to live on kust about 6 hundred-euro a month.

President Cavaco Silva, 71, has declared personal income of more than 10 thousand-euro a month in addition to income from private investments. Portugal’s average monthly salary is about 9 hundred-euro.

The Portuguese government is currently implementing austerity measures under the terms of a 78 billion-euro emergency financial loan negotiated with Brussels and the International Monetary Fund. The deal includes cuts in public workers’ pensions as part of the bailout.

The post of Portuguese President is largely ceremonial since executive powers lie with the Prime Minister.