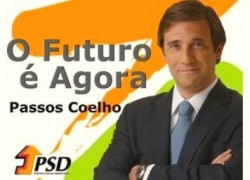 An earlier March poll had predicted that Coelho (PSD) would win the June 5 elections with 46.7 percent of votes over outgoing incumbent Socrates (PS) with 24.5 percent.