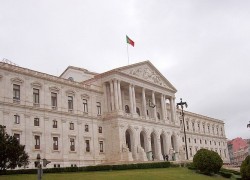 Portugal’s Parliament passed the austerity measures package proposed by the newly elected center-right government coalition. The document presented to Parliament on Wednesday, for debated on Thursday and Friday, passed with no opposition objections.

In a brief statement to the press, Prime Minister elect Passos Coelho said, “With the Parliament endorsement, the government has now all the conditions to implement its program. It’s time to start the hard work.”