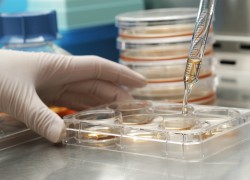 A team of Portuguese scientists are a step closer to finding a cure to the potentially fatal neurodegenerative Machado-Joseph Disease (MDJ).  The scientists identified a biochemical abnormality behind the neurodegenerative disease that could be key for a cure of this rare condition which at the moment is incurable and cannot be stopped.

According to a study published by the journal “Brain” the findings may have broader implications not just for MDJ but for other diseases like Alzheimer’s, Parkinson’s and Huntington’s disease.

The study was carried out by a team of scientists lead by Isabel Nascimento-Ferreira and Luis Pereira Almeida at the Center for Neuroscience and Cell Biology and the Faculty of Pharmacy at the University of Coimbra.

MJD is a rare hereditary conditions characterized by slowly progressive clumsiness and weakness in the arms and legs. It was first documented in the 1970’s, and is named for Antone Joseph, a Portuguese sailor with the defective gene who came to California in 1845.

The disease occurs primarily in people of Portuguese ancestry, but it has also been found in other ethnic groups, nationalities, and races.  At least two Brazilian families originated in mainland Portugal, and another one claims to descend from Portuguese Jews in Amsterdam.  Another affected family migrated directly from northeastern Portugal to the United States.

MJD has a distressing feature called “anticipation” with every generation of children of patients having worse and earlier diseases.  In the Azorean island of Flores, where the incidence is the highest in the world, one in every 140 individuals is affected by MJD.   Read more >>