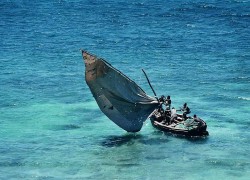 According to Zeferino Martins, Minister of Education of  Mozambique, the implementation of the new reforms of the Portuguese orthography will cost $100 million dollars to the country.

The costs include new textbooks,  teacher training, journalists and government officials training, and expenses with activities to implement and disseminate the recent orthographic changes.

The changes resulted from the new Orthographic Agreement of 1991 sponsored by the Academy of Sciences of Lisbon, the Brazilian Academy of Letters and representatives from the five African Portuguese-speaking countries.