Nelly Furtado keeps promise to give money back – Canada 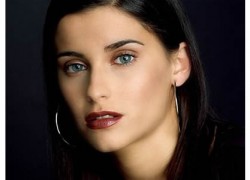 Portuguese-Canadian pop singer, Nelly Furtado, said Tuesday she is donating $1 million to Free the Children, a global charity organization. She said the money will help build an all-girls secondary school in Kenya.

Reportedly, the donation amounts to the sum Furtado earned performing a 45-minute private concert for family members of ousted Libyan leader Moammar Gadhafi, at a hotel in Italy in 2007.

In front of 18,000 fans, at the charity’s annual We-Day, Tuesday, at Toronto’s Air Canada Centre, she said “As some of you are aware, by Twitter posts I made earlier this year, I performed at a private party that involved a Gadhafi family member. I have decided to donate the proceeds of my performance, as well as some of my own funds to Free the Children.”

On a press release issued Tuesday, Furtado also said, “I left a piece of my heart in Kenya earlier this year, and I can’t wait to get started on helping girls like the ones I met build a brighter future for themselves, their families and communities.”

Nelly Furtado, who visited Kenya earlier this year, also remarked, “My heart is full of inspiration because of you,” and she added, “I believe in children. I believe in you and I believe in empowering girls.”

Other celebrities, including Mariah Carey, Beyonce and Usher, who also performed private concerts for the dictator’s family, have promised to donate their proceeds to charity, but Furtado was the first to admit in public having performed for the Gadhafi family, and the first to act on her promise to return the money.

Nelly Furtado, 32, as born in Victoria British Columbia, Canada, of Portuguese immigrant parents from the Sao Miguel Island, in the Azores. Furtado came to fame in 2000 with the release of her debut album Whoa, Nelly!, which featured her breakthrough Grammy Award-winning single I’m Like a Bird. A record producer, singer and song writer, she has sold over 18 million albums worldwide, and currently resides in Toronto.