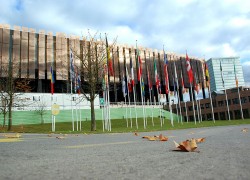 According to a report released by the European Union, Portugal tops the list of air passenger complains followed by Spain and the United Kingdom.

In 2009, passengers in Portugal filed 7,055 complains, 40 percent of which were for EU regulations violations. In Spain passengers filed 6,931 complaints and in the United Kingdom 4,666 complaints were filed.

Data release by the European Commission also reveal that 44 percent of total complaints were related to flight cancelations, 27 percent to delays, and 11 percent to denied boarding. The rest were not related to the EU Passenger Rights Law.  Since the law was introduced in 2005 passenger complaints increased to 600% for lost luggage and 500% for delays.

In the European Union, air passengers have more rights than in the US. When violations occur passengers are compensated.  The EU passenger rights apply to scheduled and chartered flights, both domestic and international, and to all types of airlines, full-service and low-fare. Rights include denied boarding, canceling flight, long delays, luggage damaged, delayed or lost, injury and death accidents, and package holidays honored.