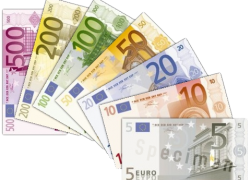 A debt rating below Baa means the issuer’s debt no longer is considered investment grade.

Moody’s said the downgrade was triggered by “growing risk” that Portugal would need a second bailout by the rest of Europe, before it’s ready to borrow money from financial markets again.

Portugal’s new center-right government said in a statement Tuesday that Moody’s did not take into account strong political backing for austerity measures after a June 5 election, and a new tax announced last week.

The new tax represents a 50 percent cut on the traditional Christmas bonus given to Portuguese workers, equivalent to one month of salary. 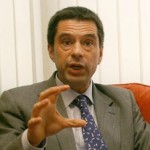 Portuguese Finance Minister Vitor Gaspar said in a statement the measure will raise $1.15 trillion, a point that Moody’s “ignored”  when dropping the rating.

Former Portuguese Finance Minister, José Silva Lopes, had warned Monday that Portugal is just the same as Greece and the bailout, put together by the European Union and the International Monetary Fund, worth 78 billion-euro ($113 billion USD) would be “nowhere near enough.”

Silva Lopes said “Portugal is no different from Greece” and that if anything happened to Greece “we will be the next to go.”

He went on to say that “if the European Union does not lend us more money and continues to believe the markets will resolve the problem, we are ruined.”

“Nonetheless,” he said “we will have to comply with the troika deal no matter how tough it is, even though it does not guarantee a way out of the crisis.”

Portugal is the second Eurozone country rated non-investment grade by Moody’s, joining Greece, after negotiating a €78 billion-euro ($113 billion USD) international bailout in May.