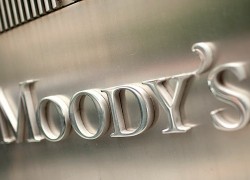 Moody’s Investors Service cut Friday the debt ratings of nine Portuguese banks, by one or two notches, from Baa1 to Ba2, on concerns of funding, bad loans and holdings of government debt. The targeted banks are now under negative outlook “junk” status.

Moody’s expects a further deterioration of the banks’ domestic asset quality due to a weak economic growth outlook and government austerity measures, and liquidity strains due to a lack access to wholesale funding.

In late September, Prime Minister Pedro Passos Coelho said the economy would shrink less than expected this year (1.8% instead of 2.3%) but more next year (2.3% instead of 1.8%).

The central bank also foresaw a fall in exports in the coming year due to the international economic situation and higher unemployment.