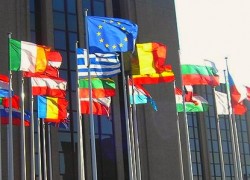 Former Portuguese President Mário Soares warned Monday that if Europe does not change its “paradigm” quickly it risks collapse. He also cautioned that Portugal could face “bailout” agitation similar to Greece.

“If Europe doesn’t change its paradigm in the short term, if it doesn’t restore order in markets and ratings agencies, we may enter into disintegration and a world crisis,” the former President said.

Speaking at the launching of his latest book, “Portugal tem Saída” (Portugal has a Way Out) Soares, 86, strongly criticized how the European Union is managing the Greek debt crisis.

Germany, he added, had “only opened its purse strings” to help after “successive appeals” from the United States and China for the European Union to act to avoid a global crisis.

“If Greece falls, then Spain, Belgium or Italy could follow, opening the way for the disintegration of Europe,” he warned. 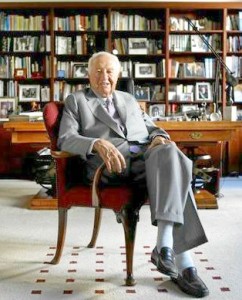 Soares also said he had a “methodic doubt” that Brussels’ prescription for Portugal’s own financial rescue plan, similar to Greece’s program, would be enough to overcome the country’s financial and economic woes.

Attributing the street violence and social unrest witnessed recently in Athens to people’s “desperation,” he said it was “not unthinkable” that the same scenes could be repeated in Portugal.

“In the next few months, we’ll know what this is all about. We’ll all be impacted,” he said.

“Don’t come tell us to stay still, quiet, not to fight,” he said referring to the government plans to reform labor laws, to meet the terms of the €78 billion-euro ($113 USD billion) bailout negotiated with Portugal’s European Union partners.

“We will fight to defend our rights, for better salaries, and better pensions, pressing our view that to overcome the country’s economic difficulties the solution is to produce more and to create more jobs,” he added.

The country’s Communist-leaning main labor organizations have launched a series of strikes and demonstrations against belt-tightening policies in recent months, vowing further action.

They are urging workers to protest changes in workers’ entitlements being implemented after the June 5 elections, which include privatization plans, layoffs, freeze in public workers pay, changes in workers’ pension policies, and further tax increases among other measures.

The protests are being called by the two largest national coalitions of labor unions, the CGTP representing 727,000 workers in 81 unions, and the UGT with about 500,000 members in 58 unions.