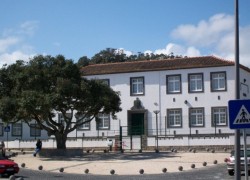 The Regional Government of the Azores is proposing a new ruling which will make sex education mandatory in all public schools on the islands.

The legislative initiative is requesting the implementation of sex education in all classes, at all levels of the primary, secondary and vocational in the public school system of education in the region.

“The goal is that, in a structured and sustained way, students will acquire knowledge and will develop attitudes and behaviors appropriate to their sexual and reproductive health in order to contribute to the reduction of sexual risk behaviors,” the Government announcement stated.

Among risks to be avoided, the government proposal intends to prevent “unwanted pregnancies and sexually transmitted diseases,” the document said.

The newly drafted legislation is also aimed to increase awareness against all forms of sexual exploitation and abuse, respect for differences among people and different sexual orientations, the valorization of an informed and responsible sexuality, the promoting of gender equality and the recognition of the importance for parents, students, teachers and caregivers to participate in the educational process.