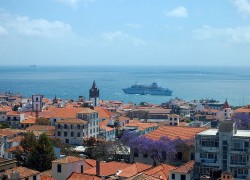 The leader of the Regional Government of Madeira, Alberto João Jardim, has admitted that the Autonomous Region has a liquidly problem.

The revelation came after the European Commission, the European Central Bank and the International Monetary Fund warned about Madeira’s public finances.

According to EC representative, Amadeu Altafaj Tardio, the “slip” doubled the debts and expenses of the Regional Government, initially estimated at 223million-euro by the European Union bailout troika in mid-August.

Alberto João Jardim, the President of the Regional Government of Madeira, since March 1978, is a candidate for the center-right Partido Social Democrata (PSD), for the next regional elections in October. This is the 9th time he is running for the post.

Pedro Filipe Soares, the leader of left-wing party, Bloco de Esquerda (BE), is proposing in Parliament an investigation to the Jardim administration.

In 1976, Madeira became an autonomous region of Portugal, with its own government and autonomous legislature.

The regional government include the Legislative Assembly, elected by universal suffrage for a four-year term; the Regional Government and
Presidency, with parliamentary legitimacy, composed of a President, a Vice-President and seven Regional Secretaries, is responsible for day-to-day executive operations.

The Autonomous Region of Madeira is represented in the Council of Ministers of the Central Government by a representative appointed by the President of Portugal.