Music: Katy Perry has roots in the Azores – HuffPost 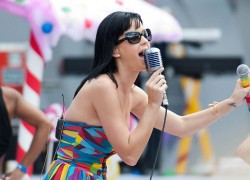 According the source, Katy Perry, who was born Katheryn Elizabeth Hudson, adopted “Perry” from her mother’s maiden name: “The Perry branch of her family is of Portuguese origin (more specifically, Azorean) […] Three of her great-great-grandparents hailed from the Azores and it’s Horta that gets the bragging rights for her Perry origins” — writes the Huffpost.

In most instances, the name “Perry” is the anglicization of “Pereira” a very common Portuguese surname which translates to “pear tree.”